Find out how NVIDIA Quadro, PNY and Adobe helped Jump Studios produce a race teaser for ESPN and NASCAR

Predicting the future is impossible, but if past performance is any indication then Jump Studios has an amazingly bright future. Just ask ESPN, which chose the multiple Emmy® Award-winning Canadian-based production company to create an enticing, high-profile TV teaser for the NASCAR Sprint Series Chase to the Cup—and to do it with a really fast turnaround.

The cinematically styled ESPN teaser shows an exotic Tarot card reader foretelling the fates of leading NASCAR drivers as the final Chase to the Cup approaches. Who will win? How will the story end? Is the answer in the cards? Jump Studios used their NVIDIA® Quadro®-based systems running Adobe® software to create a teaser that engaged NASCAR viewers and left them eager to know more. 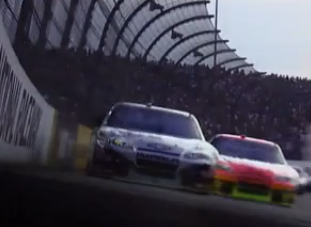 PNY Professional Graphics solutions like the ones used by Jump Studios to create the NASCAR teaser for ESPN are available from leading resellers.

Click the link to watch the video or read the entire story: www.pny.com/jumpstudios