At the beginning of NVIDIA GTC Spring 2021, NVIDIA introduced A30, A16, and A10 GPU accelerators to broaden its data center lineup.   Based on NVIDIA Ampere architecture, these new GPUs feature key innovations such as Third-Generation Tensor Cores, Second-Generation RT Cores, and Multi-Instance GPU (MIG) to allow faster AI training and inferencing, real-time raytracing, and improve utilization of the data center infrastructure.

Built on the latest NVIDIA Ampere architecture, the A10 combines second-generation RT Cores, third-generation Tensor Cores, and new streaming microprocessors with 24 gigabytes (GB) of GDDR6 memory – all in a 150W power envelope – for versatile graphics, rendering, AI, and compute performance. From virtual workstations, accessible anywhere in the world, to render nodes to the data centers running a variety of workloads, A10 is built to deliver optimal performance in a single-wide, full-height, full-length PCIe form factor. 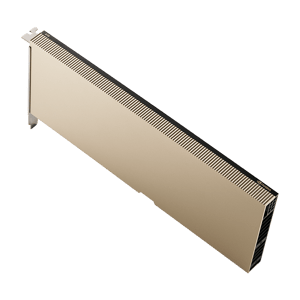 Designed for 24 x 7 data center operations and driven by power-efficient hardware, NVIDIA A30, A16 and A10 are optimized for performance, durability, and longevity.

Additional information about the NVIDIA A30, A16 and A10 can be found at www.pny.com/datacentergpu or you can email PNY at gopny@pny.com.