The NVIDIA® A100 GPU accelerates workloads big and small and is ideal for markets such as High-Performance Computing, AI, Machine Learning and Deep Learning, Simulation, CAE (or any other application requiring FP64) precision, along with Scientific and Technical computing, either across Life Science or the Physical Science disciplines and more. 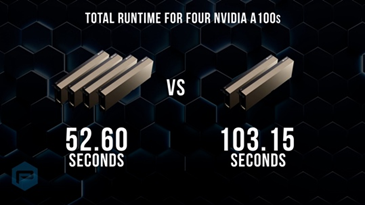 We want to thank EXXACT for being a 20-year PNY partner and allowing PNY access to their server powered by NVIDIA A100 Data Center GPUs. You can learn more on their website and configure a system tailored to your specific needs. While specifying your system, don’t forget to include NVIDIA Networking solutions such as InfiniBand Switches for High Performance Computing, industry leading Ethernet Switches for an open end-to-end architecture from the Switch to the Server, with real-life tested interconnects for the highest possible performance and reliability, and the lowest overall system latency.